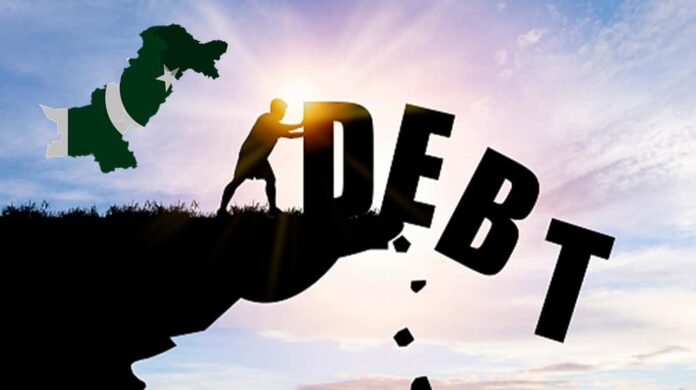 By the end of October 2022, Pakistan’s national debt had surpassed the 50 trillion rupee threshold.

The domestic debt of Pakistan increased dramatically to Rs. 50.15 trillion by October 2022 from Rs. 40.2 trillion reported by the end of the same month last year, according to data released by the State Bank of Pakistan (SBP). This represents a staggering increase of Rs. 10 trillion in debts in just one year.

The debt created by Pakistan Investment Bonds (PIBs) rose to Rs 19.2 trillion during that time from Rs 14.7 trillion. From Rs. 13.6 trillion the previous year, debts raised through Naya Pakistan Certificates have increased to Rs. 17.6 trillion.

The policy rate hike also increased debt and financing from domestic sources. Similarly, the federal government’s external debt increased by 5%, or $9.037 trillion, between July and October of FY23.

The government is looking for new financing sources as debt levels continue to rise to shocking levels on a monthly basis. The $3 billion in deposits made with Pakistan by the Saudi Fund for Development (SFD) were recently extended for an additional year. As part of an agreement with the SFD and SBP to replenish Pakistan’s depleting foreign exchange reserves, the SFD initially deposited the sum for a year in December 2021.