What is the deadline for exchanging old banknotes? 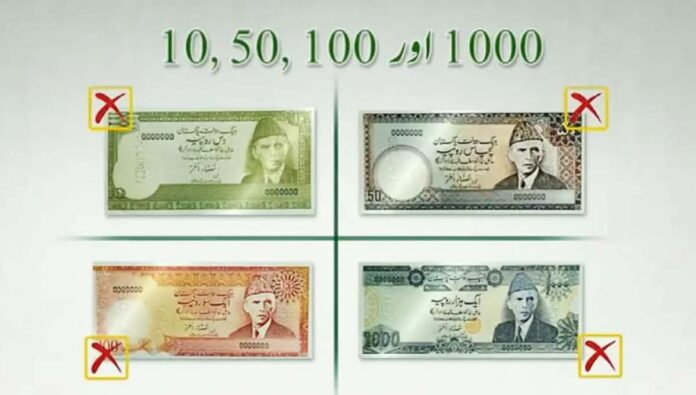 However, the central bank clarified in a statement issued today that December 31, 2022, is the “last and final deadline for exchange of such notes, after which these notes shall no longer be exchangeable from the counters of the SBP Banking Services Corporation (BSC) and thus will lose their value.”

It should be noted that the State Bank is the only issuer of notes in the nation, so one of its primary strategic objectives is to ensure an adequate supply of high-quality currency throughout the nation.

The SBP purchases dirty and unusable currency from the market and replaces it with new currency. With the federal government’s approval, the SBP, like other central banks, occasionally issues new series of notes and demonetises the older series.

Additionally, in accordance with section 25(2) of the SBP Act, 1956, the federal cabinet approves the demonetization of notes based on the recommendations of the SBP Board.

The introduction of new series and the demonetization of old-style notes assist central banks in detecting counterfeits and ensuring the reliability of in circulation banknotes.

The old design notes were gradually phased out of circulation as the new series of currency was released from 2005 to 2008. Therefore, the federal government made the decision to demonetize old-style Rs. 10, Rs. 50, Rs. 100, and Rs. 1,000 notes.