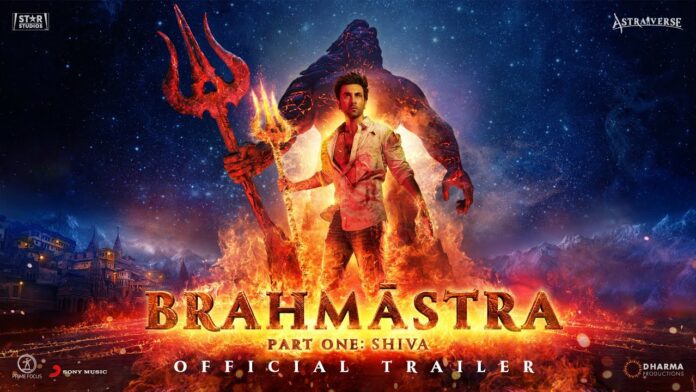 Brahmastra has started its week with an opening of more than Rs 100 crores. On an opening day, the film collected around 37 crores, with Rs. 42 the second day and Rs. 46 on Sunday. The total for three days calculates to be Rs. 125 crores. The film, Brahmastra has also broken the previous record for the lead actor, Ranbir Kapoor, of his iconic film – Sanju. The film is being regarded as a blockbuster with celebrities coming to appreciate the film.

Brahmastra is an action-adventure film directed by Ayan Mukerji and a screenplay by Mukerji and Hussain Dalal. The film revolves around a story of a boy name shiva and his intriguing journey of superpowers.

The movie had collected a handsome amount of Rs. 109 to 110 crores in its Hindi style for three days. The film successfully had become in the top 5 Bollywood films with a magnificent start at the beginning. The film was run on various dimensions on single and multiplexes screens. Other than 3D cinema has also earned a profitable collection.