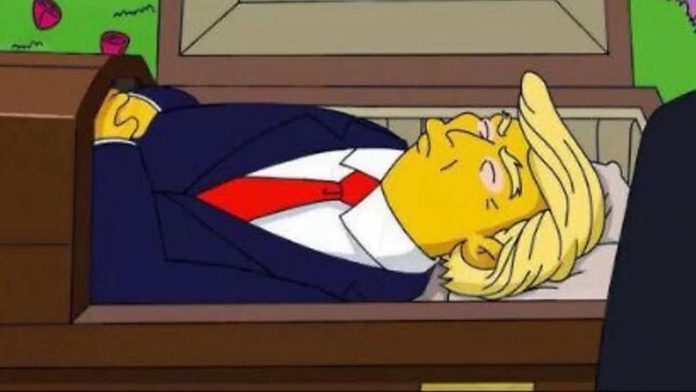 The Simpsons is regarded among the most popular cartoon TV shows. However, the show made prediction about several events including 9/11 terrorist attack and Donald Trump’s rise to power.

The renowned show predicted in 2000 in an episode that Donald Trump will become the President of the United States.

However, ever since Donald Trump tested positive for COVID-19 or Coronavirus, people are in search of predictions that The Simpsons made about him.

Different social media users were wondering that whether the TV show had predicted the death of US President.

Internet is flooded with images of Donald Trump’s character lying in a casket. Several tweets claimed that the prediction about his death was made in the show.

Fans who claimed to have seen over 700 episodes of the show rejected all claims regarding the Donald Trump’s death.

They revealed that they have not heard or seen any episode where the US President died and that is because no such episode exists.