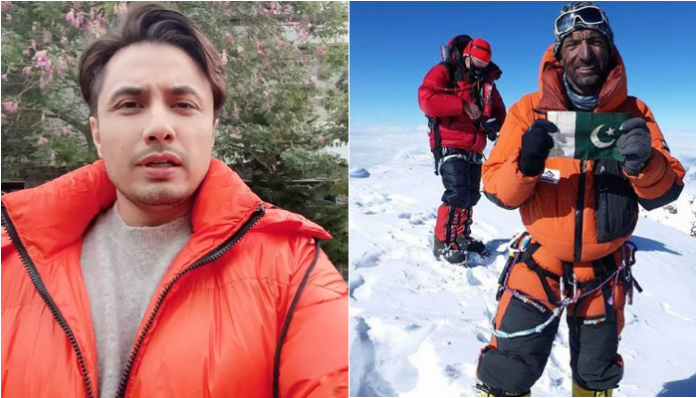 Ali Zafar released a beautiful song named Tum Chalay Ao Paharon Ki Qasam to pay tribute to Muhammad Ali Sadpara. However, Ali along with two other mountaineers is missing. MP Mohr from Chile and John Snorri from Iceland are among foreign climbers who went for K2 winter expedition with him.

Ali Zafar wrote on his official Facebook account that “no nation can thrive without recognizing and celebrating their heroes. Muhammad Ali Sadpara was one such unsung hero who dedicated his entire life and risked it to accomplish unprecedented feats for his country. This is the least I could do: sing for an unsung hero so that he is etched into our memories for as long as there is music,” . Below you can view full video of Paharon Ki Qasam:

It is noted that Muhammad Ali Sadpara is the only Pakistani who have climbed 8 out of 14 world’s highest mountains. In addition to it, he also made the first ever winter ascent of Nanga Parbat, the world’s ninth highest peak.