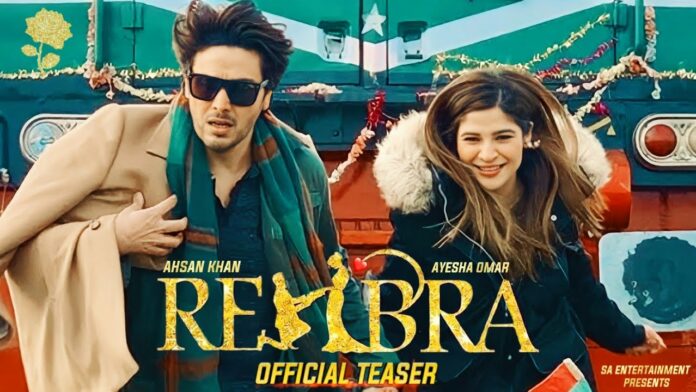 Ayesha Omar and Ahsan Khan are to be seen in a new rom-com film  Rehbra. The trailer was released on Wednesday. The film is yet to be released on June 24. It has been made under Amin Iqbals direction who directed several serials like Dil Muhallay Ki Haveli, Mannat, Teri Raah Main Rul Gai, and Deedan. The film is produced by Saira Afzal and written by Assad Ali Shah and Shakeel Chohan

The film has Starcast Ahsan Khan and Ayesha Omer in leading roles. The Udaari actor will be seen as Danish and Khubsurat from Bulbulay will be seen as Bubbly in the film. The antagonist is being played by Sohail Sameer.

The film is a love story that has an expected twist for the audience, according to the actors statement. Both the leading actors seem optimistic about the film and the intriguing story of the couple will make people entertain. A rom-com induced with comedy-action.

The film faced delays due to the ongoing unpredictable covid-19 situation. The audience anticipates the screen chemistry between the talented actors that have been in the industry for years with their versatile roles.