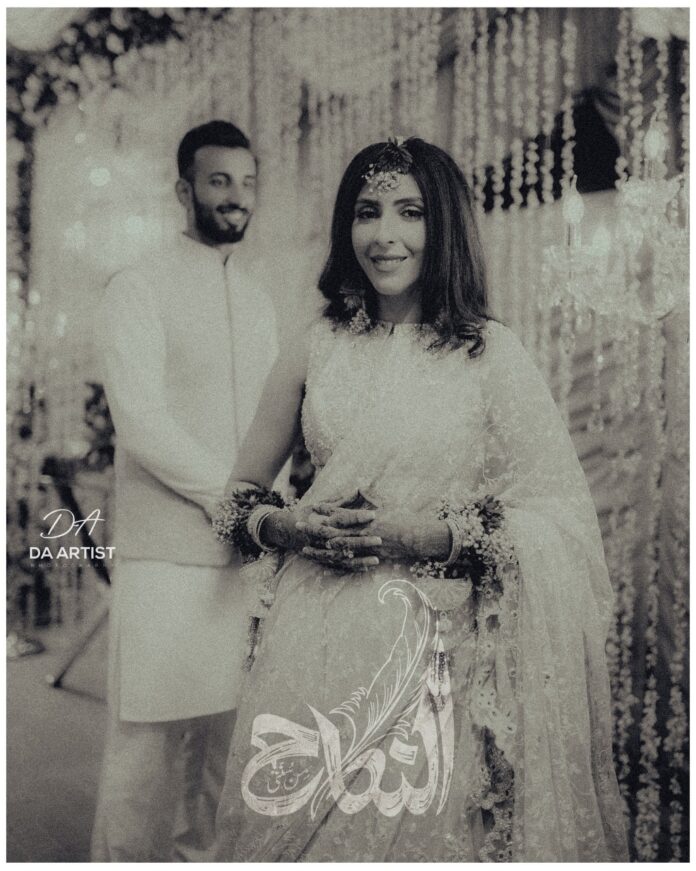 The big day for Pakistani cricketer Shan Masood and Nische Khan has finally arrived, and the couple is getting married today after much anticipation.

Shan and Nische are getting married in the northwest city of Peshawar a few weeks after the digital invitation card for a Pakistani cricketer also appeared online.

As the couple prepared to begin their wedding celebrations, a video of them exchanging rings in a private Nikkah ceremony went viral through a fan page.

Shan wore the customary white kurta shalwar and waistcoat and kept things simple, while the bride-to-be Nische looked radiant in a Chrysler-toned dress with red flowers and little jewelry to complete the ideal winter wedding appearance.

As recordings and pictures from the occasion appeared on social media fan pages, Shan and Nische have not yet released anything on their social media accounts.

The left-handed batsman was engaged to Nische Khan and was selected vice-captain of the nation’s ODI squad for the New Zealand series.

Shan recalled meeting Nische for the first time in Lahore and praised the great improvements in his life that came about as a result of being in a relationship.

Rida Shahidhttps://hamariweb.com/
Rida Shahid is a content writer with expertise in publishing news articles with strong academic background in Political Science. She is imaginative, diligent, and well-versed in research techniques. Her essay displays her analytical style quite well. She is currently employed as English content writer at hamariweb.com.
RELATED ARTICLES
Entertainment