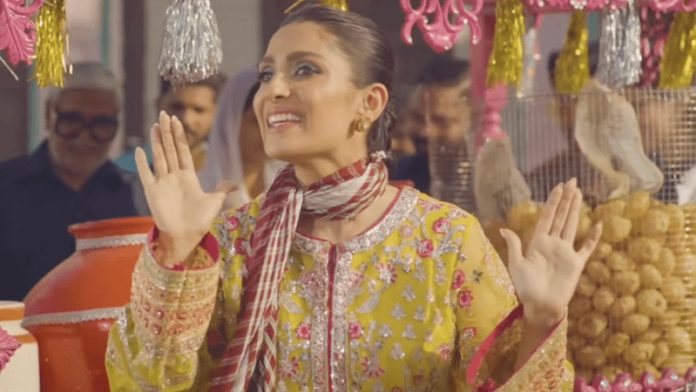 Fashion diva, Ali Xeeshan is known for his peculiar style and fashion. The Pakistani designer has launched a designer collection with a Punjabi folklore essence. The fashion diva with his aesthetics outdoor design and vibrant color is paying tribute to the legends diva Shabnam and Madam Noor Jehan in a song called ‘Karara Gol Gappa’.

In a video campaign that featured Ayeza Khan sparkling in yellow embroidered attire with a vintage look hairstyle and jewelry. The new collection is about joys of simple things.The collection will be available in stores on 7 October.

The campaign title: Shabo Shehzadi also celebrates the late great artists like Shabnam and Noor Jehan. The campaign depict the classic era of the 80s with pictures of great actors like Sultan Rahi, Akhtar Rasool, and Imran Khan.

The film called Naseebon Wali directed by Hassan starred Mustafa Qureshi, Mohammad Ali, and Nanha. That includes a song, ‘Karara Gol Gappa’ to which Shabnam was a part of the 1984 iconic film.