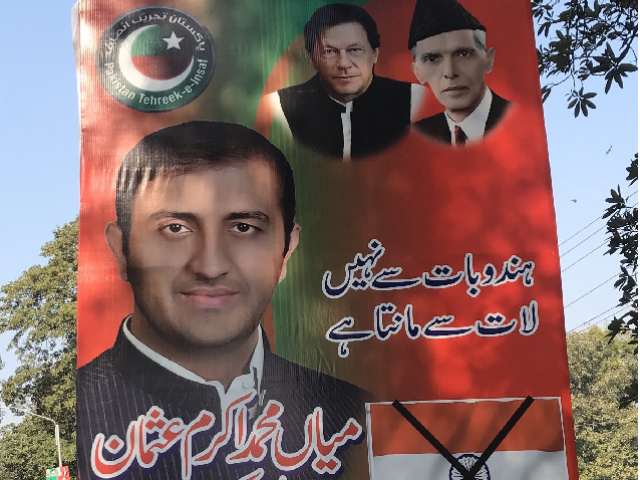 The PTI leader Akram Usman said that instead of “Modi’, “Hindu” was written by mistake by printer. Usman posted an apology on his twitter account that “its mistakenly error cause of printing and I apologize to the Hindus living peacefully on both side of the border.”

Human Minister Sheeren Mazari also react on this and posted a tweet that it’s a shameful and ignorant act by a person and banners were removed instantly.

Later, all the banners were taken and Lahore based leader apologize on this matter.