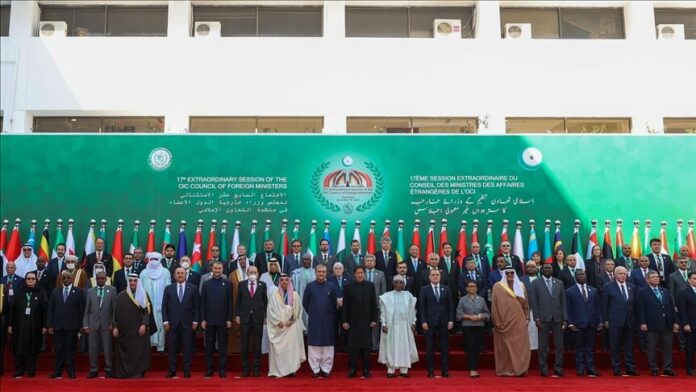 The government is all equipped to host a two-day meeting of the council of foreign ministers (CFM) and the organization of Islamic cooperation (OIC) from tomorrow (Tuesday). The theme for the 48th summit will be held from 22nd to 23rd March under a subject matter: “Building Partnerships for Unity, Justice, and Development.”

In a tweet, it was informed by Asim Iftikhar, spokesperson at the Foreign Office that the meeting will correspond with the coming 75th independence celebration day of Pakistan. On this momentous day, chief and significant guests are invited to be part of the Pakistan Day parade 2022 and to observe Pakistan”s armed force professional potential that reminisce national unity, further added. A statement released confirmed the topics of discussion and OIC’s actions on the resolutions adopted in the Islamic world including Palestine and Al-Quds issues.

The statement further clears the discussion topics will be Afghanistan and Indian occupied Kashmir dispute. Mehmood Qureshi said India is trying to disrupt OIC-CFM. Keeping African’s crises in the loop. It will also be the summit’s topic of discussion. The ongoing situation in Mali, the Sahel region, and Lake Chad, Central Africa and the Republic of Guinea.

The disruption in the Middle East is no less to be discussed.Countries from the Middle East region are also a part of OIC’s discussion list including Yemen, Libya, Sudan, Somalia, Syria. For the meeting, Parliament House has been selected.