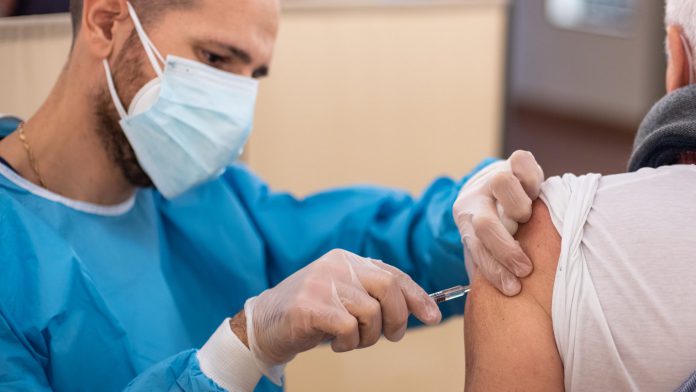 The National Command and Operations Center announced a number of restrictions. It will be apply to citizens not receiving immunizations, as the government seeks to vaccinate against the COVID19.

The NCOC, the forum that spearheads Pakistan’s COVID-19 response, says sanctions on people without immunizations would take effect on October 1. People have only two days left to get corona virus shots.

NCOC head Asad Umar, announce in a tweet that the decision made during a meeting of the NCOC today.

Special vaccination campaign is planning to launch in schools to make it easier for children to be vaccinate.

Later, the NCOC inform, two doses of the Pfizer vaccine would be given to children over 12 years of age.

As per to the NCOC website, Pakistan has provided 79.5 million doses of the vaccine. 57.8 million First doses and 27.3 million second doses have given.

Last week, the NCOC – after seeing a decline in disease transmission in districts where the prevalence is high decide to lift additional restrictions in five districts of Punjab and one in Khyber Pakhtunkhwa.