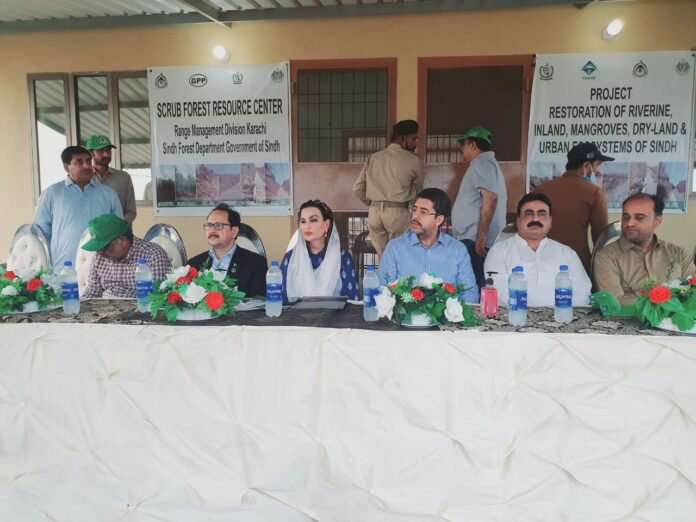 During her speech, Minister Rehman appreciated the efforts of the Sindh forest department on reviving mangrove forests, “Pakistan is gradually losing its forest cover due to excessive deforestation and degradation activities mainly due to poverty, urban sprawl and lack of fiscal space for strong policy initiatives in protecting forests. With efforts of the government and conservationists the the flood plains covered by mangroves have increased from 10% to 13%. Furthermore, this project will prove instrumental in maintaining the existing forest cover and will help rehabilitate riverine, dry-lands and mangrove forests in Sindh. I congratulate the Sindh government on their timely measures to restore our environment.”

Discussing the current water stress being faced by the country, she remarked “Pakistan is facing an acute water shortage. Being at the tail end of River Indus, Sindh has been grossly impacted by water shortage. A lot of that can also be attributed to the lack of equitable distribution of water. The water accord of 1991 needs immediate implementation. If this pattern continues, Pakistan is expected to be water-scarce by 2025. Inland water ecosystems are imperative for our water requirements and need to be conserved. This project’s pivotal focus on conservation of wetlands will prove to be a timely measure.”

This project envisages the creation of approximately 12,000 green jobs. Federal Minister said, “Currently, Pakistan faces an economic crunch and everyone is adversely affected by it. These jobs will help economically uplift the region.” She further expressed the project’s objective of public awareness, “Climate change and environment conservation require public awareness and community engagement. Policy formulation would be futile if we fail to properly implement them. For this, public buy-in is imperative. Unless the efforts are community-driven, such projects become an uphill battle.” 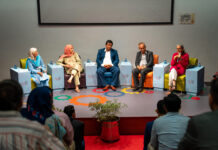 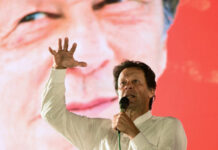