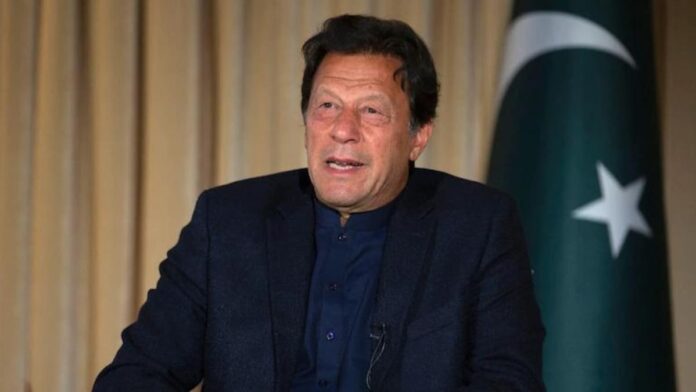 Former Prime Minister and PTI Chairman, Imran Khan said that the selection of (COAS) should be on merit. While giving an interview with a journalist said, not concerned with who will become the next army chief.

In a statement Khan said, the current government wants to select an army chief of their preference. How criminals can appoint choose army chief, he questioned. Further, Khan said, it is not less than a “security threat” where a malefactor is appointing a chief.  In a comment khan claimed that the cypher is protected with a master copy and accepted by the foreign office.

The head of PTI also stated that he would first find out whom Assistant Secretary of State for South and Central Asian Affairs Donald Lu ordered to be fired if he were to be called in by the committee looking into the disappearance of the cypher.

In response to a question, Khan stated that the Election Commission of Pakistan’s deadline of October 16 for the holding of by-elections for eight seats in the National Assembly was far off and there was a chance that they might not take place.

Khan said, the Election Commission of Pakistan is biased and they want to remove him. He added a request to hear the Toshakhana cases of Asif Ali Zardari and Nawaz Sharif.

PTI Chairman said, he has not committed anything illegal; both Zardari and Nawaz have taken expensive cars. Khan added, Rana Sanaullah cannot stop us from protesting, we have our government that functions in Khyber Pakhtunkhwa, Azad Kashmir, and Punjab.