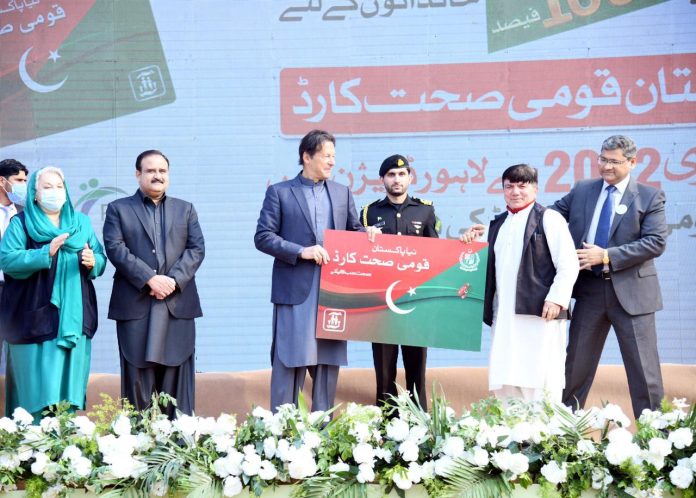 The move will enable every family to avail medical treatment of up to Rs1 million a year at government and private hospitals.

Premier Imran termed it a revolutionary step, adding that neither everyone can take, nor any of the governments in the past took such a bold decision of providing Rs1 million health insurance to the entire population.

He hailed the work of Punjab chief minister, health minister and the whole team involved.

The Punjab government had moved on the course which would uplift the country.

PM Imran highlighted how 30 million families would benefit from the health insurance facility which would cost Rs400 billion to the government.

The prime minister concluded that the state of Madina which was the first welfare state fulfilled all basic responsibilities of its citizens.

Unfortunately no such state was found in the Muslim world but rather the Scandinavian states were close to that model.