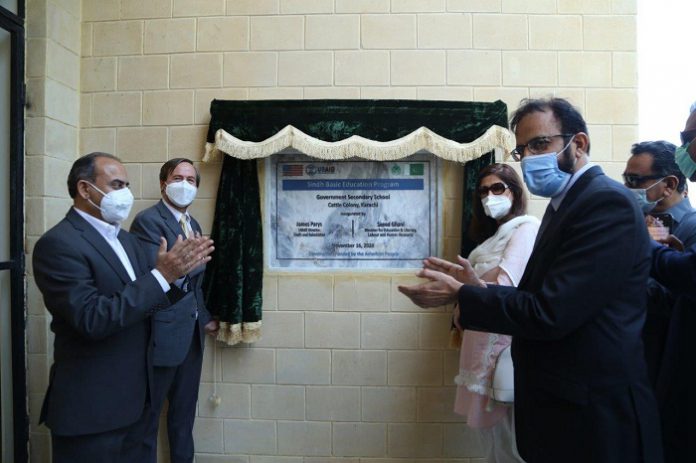 Karachi – Local students in Cattle Colony Karachi receive a new school to advance their education needs in Pakistan under the long-running active partnership between the United States Agency for International Development (USAID) and the Sindh government.

At the ceremony, USAID Director James Parys commended the strong partnership between USAID and the Government of Sindh in promoting education in the province. “Not only are we proud of this program that is introducing new types of schools and innovative management schemes, but we also deeply recognize this work, however little, advances our shared educational tradition”, said Director Parys in his opening remarks.

This is the latest school built under USAID’s Sindh Basic Education Program (SBEP) which totals 25 billion Pakistani rupees ($159.2 million) in assistance to the Government of Sindh. The school will be managed by HANDS under a public private partnership and will benefit 320 girls and boys. The U.S. Government is supporting the construction of 106 modern school buildings in ten districts of Sindh to benefit 70,000 marginalized students.