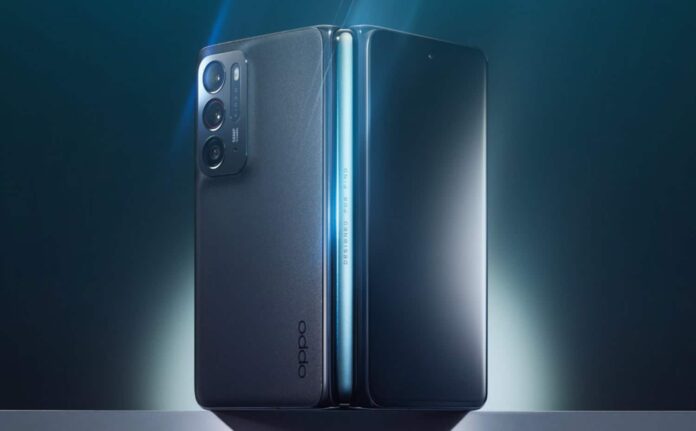 There are increasing indications that Oppo is developing its first flip phone. Oppo Find N2 Flip could be released alongside the Oppo Find N2. These phones will release at the Innaugration Day 2022 event later this month.

We’ve heard lots more about Find N2 Flip, yet this is the first time we’ve seen clear images of it. This confirms the design we saw in a live video. A flip phone with a large protective case seen a few days ago.

It would have the same large secondary screen exterior as seen in the live video, which is the largest we’ve seen on any flip smartphone so far. It takes up the entire top half of the device, along with two large main cameras and an LED flash.

The outside screen is expected as 3.2 inches in size. Right now, the Moto Razr 2022 has the largest secondary screen on a clamshell foldable phone (2.7 inches).

Rumors suggest that the Oppo Find N2 Flip features a foldable 6.8-inch display with a punch hole for a 32MP selfie sensor. The phone has a Dimensity 9000+ chipset and a 4,300 mAh battery. It can be charged via 44W wired charging.

Even though the Dimensity 9000+ chip isn’t the most recent or best, it is a flagship-level SoC and should provide reliable hardware power. However, don’t expect it to last for long gaming sessions because it won’t have a gaming phone’s cooling system.