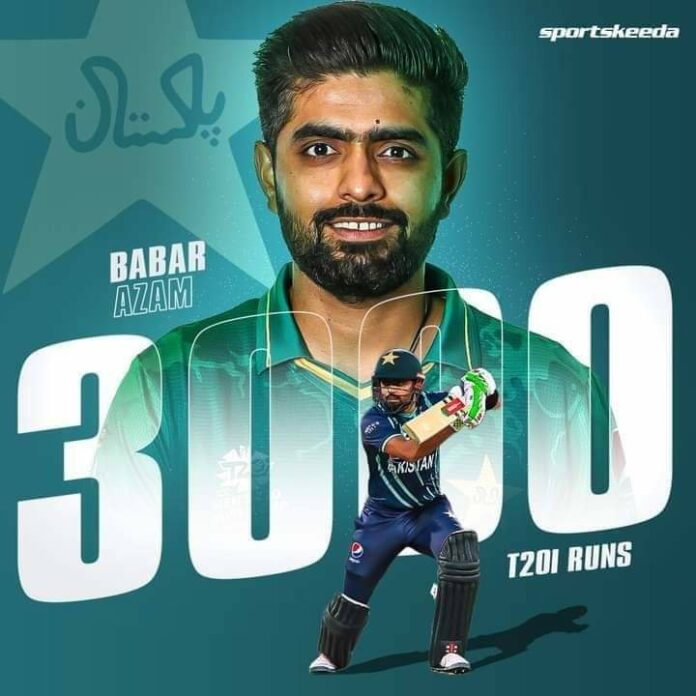 Babar Azam, the captain of Pakistan, became the first player to surpass 3,000 runs in the game’s shortest format. The great player enhanced his record during the T20I match at Gaddafi Stadium against England.

Babar, who has now reached the historic statistic five times, did it jointly more quickly than any other player in 81 innings. Former India captain Virat Kohli is the other one to achieve the milestone in the innings. The sixth game of a seven-game series between Pakistan and the English side is presently being played. Seven fours and three sixes were part of Babar’s 87 runs off 59 balls.

Pakistan has taken a series lead after winning four of its last seven games. During the second T20 match, the captain also struck a century, breaking his century record.