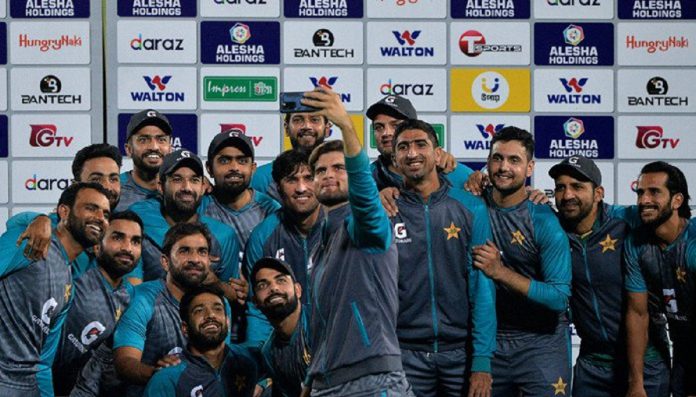 Pakistan is emerged as a team that has most T20I wins in 2021 after they clean sweeped Bangladesh in the Pak Vs Ban T20 Series.

Yesterday, Pakistan won a last-ball thriller by 5 wickets. Now, Pakistan has 17 wins in 26 matches. However, they have lost 6 matches and 3 matches were tied. On the other side, South Africa has 15 wins in 23 matches. Kiwis are at third position as they won 13 out of 23 matches.

Pakistan has shown a remarkable performance in the T20 World Cup 2021 and was the only Asian team to qualify for the semi-final. However, they topped their group and remained unbeaten in the Super 12 Stage.

The Pak Vs Ban Test Series 2021 will begin from November 26 in Chittagong. However, both teams will face each other in the second test match at Dhaka from December 4 to December 8.