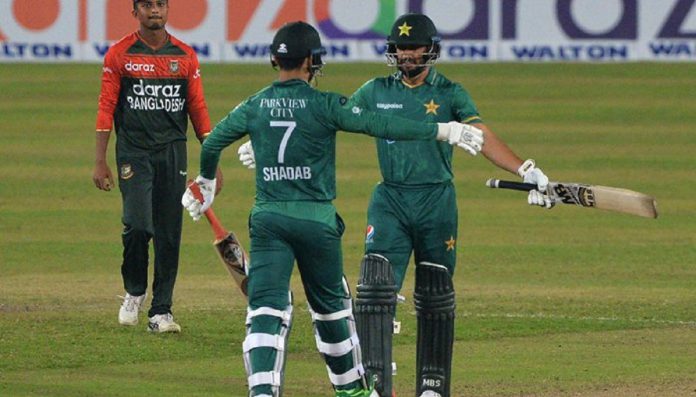 Pakistan cricket team is determined to do the whitewash as the Pak Vs Ban 3rd T20 will be played today. The senior all-rounder Shoaib Malik will not be a part of today’s final XI as he will visit UAE to see his ill son.

It is expected that Iftikhar Ahmed will likely play as his replacement. On the other side, Shahnawaz Dahani may also make his T20 debut today.

The Pakistan Cricket Board or PCB revealed that the national T20 squad members will leave Dhaka via Dubai after the end of Pak Vs Ban T20 Series 2021. Spinners Usman Qadir and Imad Wasim will return to Pakistan after a few days of stay in Dubai.

The Pak Vs Ban Test Series 2021 will begin from November 26 in Chittagong. However, both teams will face each other in the second test match at Dhaka from December 4 to December 8.