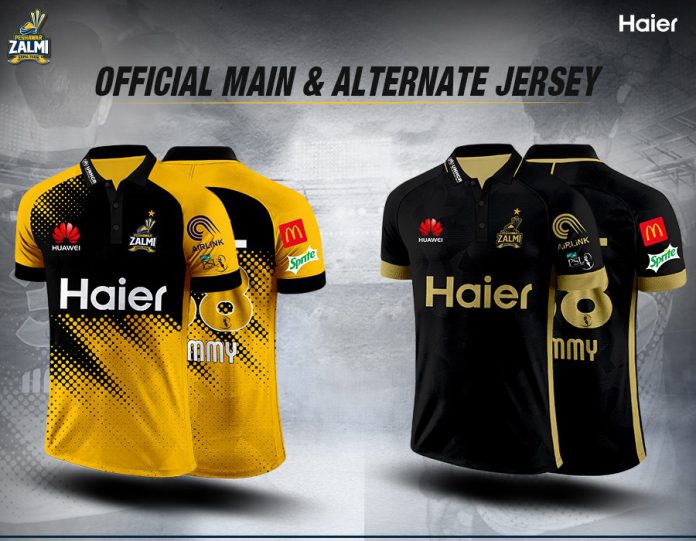 Peshawar Zalmi, the top franchise of PSL with respect to brand and value, has revealed that official playing kit for PSL 2020, along with the teaser of Zalmi Anthem. This has not only cheered up the fans but created hype on social media. Star players of Peshawar Zalmi such as Kamran Akmal, Hassan Ali, Shoaib Malik, Imam ul Haq and Wahab Riaz along with showbiz stars such as Mehwish Hayat and Hania Amir have appeared in the teaser.

Peshawar Zalmi has launched two kits for Season Five. An alternative kit has also been introduced along with the main kit, made in partnership with an American company, Alanic.