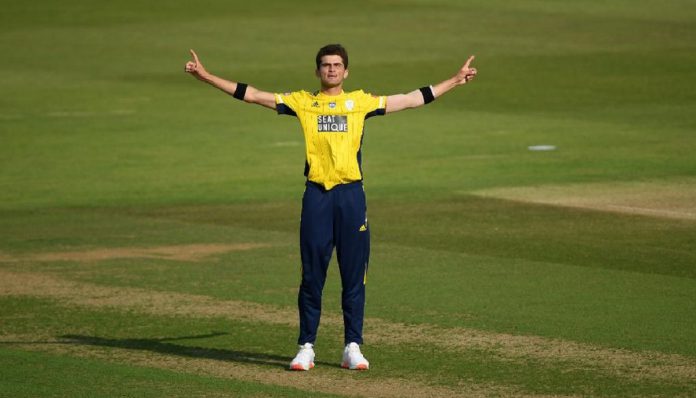 Shaheen Afridi just stunned everyone with his bowling performance during English T20 Blast 2020. He took six wickets in four overs by giving just 19 runs. However, the best part is that he took last four wickets on four balls and became a first Pakistani to do so. In addition, he clean bowled all six batsmen that is also a unique record in the cricket history.

His brilliant performance resulted in the victory of Hampshire over Middlesex. However, the marvelous bowling spell amazed the cricket fans and pundits all around the world. Below, you can check some tweets: