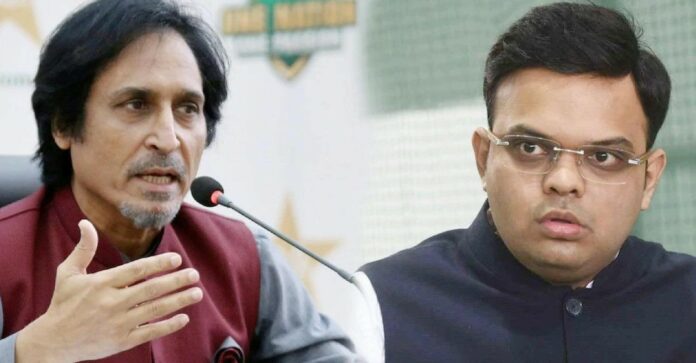 The possibility of bilateral cricket between Pakistan and India has been discussed for some time, but it is a good sign that the arch-rivals meet in ICC events that entertain cricket fans worldwide.

The high-octane matches between the two, however, appear to be jeopardised in the upcoming events scheduled in Pakistan and India after the BCCI refused to send its team to Pakistan for the Asia Cup 2023.

PCB Chairman Ramiz Raja stated to the media that fans want to see arch-rivals play Test cricket, but India’s refusal to travel to Pakistan is a serious issue.

When asked about his statement about not playing in the ODI World Cup, Ramiz asked, “What happens if the government of Pakistan refuses to allow Pakistan to travel to India due to security concerns?”

Ramiz Raja went on to say that they should remove politics from sports and focus on what cricket fans want, as evidenced by the 90,000 people who attended the Pakistan-India match at the MCG.

“I’m just a little let down by the ICC.” When the FIFA president was asked why the US was playing Iran, he picked up the football and said, “This can solve a lot of problems,” Ramiz concluded.