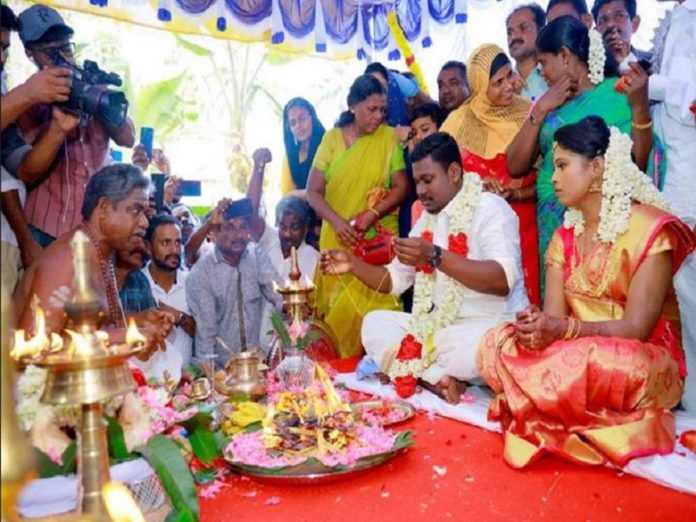 A great incidence of respect and harmony took place in India where Muslims offer Kerala Mosque for Hindu wedding event.

Kerala Mosque Hindu wedding is a good gesture by Muslims who are currently facing huge discrimination in India. Mosque’s Jamaat committee took an initiative regarding Hindu wedding in Kerala as the bride’s mother was facing financial turmoil and does not have enough money to fund the event.

The groom Sarath Sasi and the bride Anju Ashok Kumar performed rites and exchanged garlands in the presence of priest. However, the event was held at the premises of mosque.

As per the media reports, Nujumudeen Alummoottil, the Secretary of Cheravally Muslim Jamaat Committee revealed that Anju Ashok Kumar is the first woman who entered in this ancient mosque.

Nujumudeen Alummoottil revealed that the Cheravally Muslim Jamaat Committee also provided INR 200,000 and 10 sovereign gold along with home appliances to the bride. In addition, all of the wedding expenses were met by the committee.

Pinarayi Vijayan, the Chief Minister from Kerala called it the great example of unity.