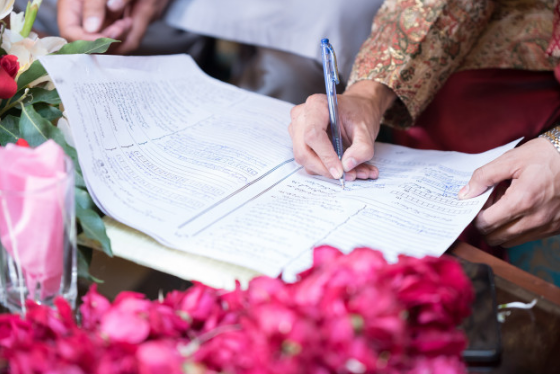 United Kingdom declares the Muslim’s Nikah ceremony as invalid in the court of appeal.

The UK court of appeal declared the nikah marriage ceremony invalid and it will not be consider as a valid marriage in United Kingdome any more while it was valid two years ago.

Nasreen Akhter and Mohammad shehbaz khan’s divorce case is the reason of this decision. They married in 1998 as per Islamic tradition in the presence of an imam and 50 guests without any civil ceremony.

In 2016 their relationship broken down and Nasreen filed divorce petition, Shehbaz block his wife’s petition two years ago, arguing that they had not been legally married.

Mrs Akhter argued their marriage was valid, as was her petition for divorce, she was entitled to the same legal protection and settlement offered in the UK to legally married couples. Her divorce application was heard by Justice Willaim. He concluded, marriage falls under the scope of the 1973 Matrimonial Causes Act, therefore, it should be entertained like any other marriage contract in the UK.

The decision overturned by the Court of Appeal and said the marriage was “invalid” under English marriage law. He clarified that the wedding was “a non-qualifying ceremony” because it was not performed in a building registered for weddings, no certificates had been issued and no registrar was present at wedding.

The verdict now clarifies, civil marriage is compulsory with Nikah ceremony as per UK law.