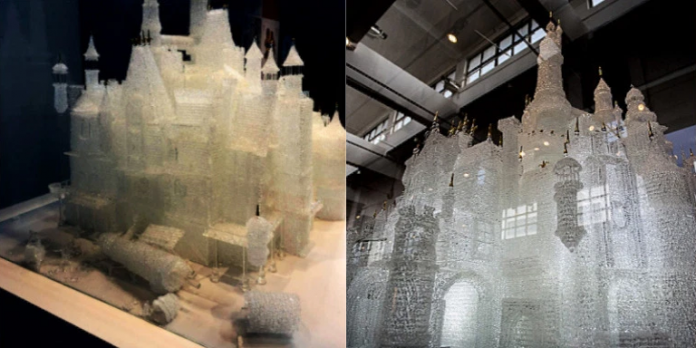 If you want to know that what was happened to the world’s largest glass blown castle worth $64,000 at Shanghai Museum of Glass then just read this article.

If you believe that your children are destructive forces and cannot be trusted in public, well, you will probably feel better about any accidents they were involved in the past. They might have destroyed something, but there are high chances that it was not a replica of Disneyland’s Fantasy castle that cost over 60,000 US Dollars.

The unfortunate glass blown castle at the Shanghai Museum of Glass was destroyed by two children. However, while playing a game they climbed over barriers that separated the castle from the public. They ran into the box holding it, dislodged a piece, and finally it shattered.

You can imagine that the noise breaking glass in a glass museum resulted immediate alarm, but the museum itself remained calm about the whole thing.

It is noted that the glass blown castle took 500 hours to build. It contained over 30,000 components and the model is also adorned with 24 carat gold.

On the other side, the good news is that the castle will be repaired and the museum also planned to begin a program to teach children what they can touch and what don’t.