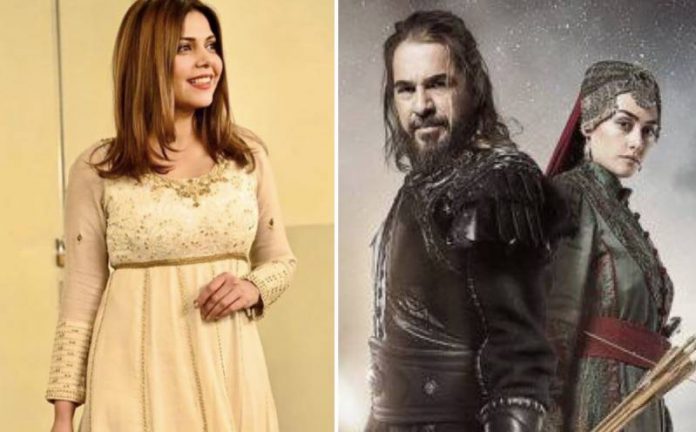 Hadiqa Kiani has taken the internet by sharing a remake of one of the Turkish songs sung at the opera house.

Pakistan’s one of the best singer Hadiqa’s tribute to Diriliş Ertuğrul is a hot topic over the internet. Singer Hadiqa Kiani performed Turkish songs sung at an opera house in 2005.

The popular Turkish drama, Diriliş Ertuğrul, is a special hit in Pakistan and the hype surrounding the show doesn’t seem to be dying soon.

The show has seemed a bit controversial in the Pakistani Industry, as some people support its broadcast while some are opposing it.

However, both countries always shared a friendly cultural exchange. The star cast of Diriliş Ertuğrul has also thanked Pakistani fans. Some of the actors also want to visit Pakistan.

“In 2005, I had the honor of singing the Turkish song Sen Ağlama at the AKM Opera House,” she tweeted. “Today, I have remastered that song as a tribute to series Diriliş: Ertuğrul, Sezen Aksu, and to the people of Turkey.”

She also revealed that her maternal ancestors were from Turkey. “She has been associated with the country since childhood.