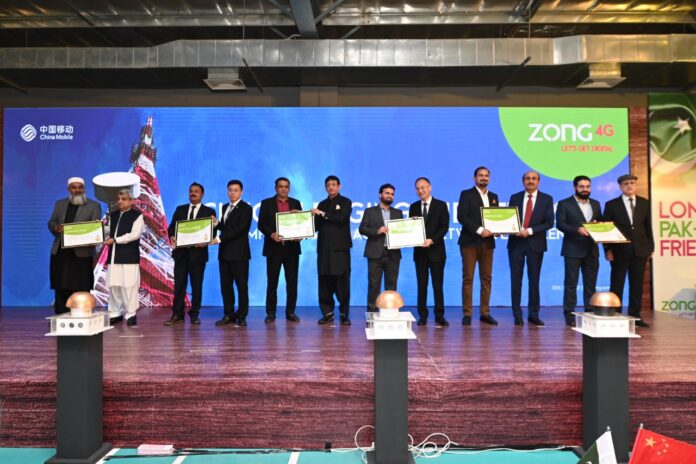 Natural disasters are a harsh reality that are mostly inevitable, however it’s the nation’s response that almost always makes the difference.  In response to the recent floods, ZONG 4G took the proactive step of leading efforts to rehabilitate Pakistan’s communication infrastructure.  With the country already facing economic difficulties, the impact caused by the flood further exacerbated the situation in Pakistan.  The overall telecommunication networks were severely impacted by the water flow, with 12% of CMPAK’s network also being adversely affected.  ZONG 4G has made it priority to not just restore its network infrastructure but to also enhance it.

Despite the numerous challenges faced by ZONG 4G’s engineering teams on-ground; their dedication and commitment to their work could be witnessed by their tireless efforts working day and night in rebuilding the digital and communication infrastructure of Pakistan. ZONG 4G has been successfully able to restore countless network sites in Sindh that were impactedby the flood. The company made sure that its customers were provided with seamless connectivity and Pakistani’s stay connected during such tough times.

Zong’s technical teams worked around the clock to restore cell-sites and closely monitoring any new connectivity issues to ensure connectivity remains running at optimal levels in all flood-affected areas. It is imperative that people stay connected during these challenging times and Zong staff members and front liners have worked effortlessly to ensure connectivity in the areas affected by flood.

In order to acknowledge the efforts of the frontliners and staff members ZONG 4G held an event at the ZONG head quarter in Islamabad, Pakistan. The event was honored by the presence of Minister of IT and Telecommunication Mr. Syed Amin ul Haque, Provincial Minister for Environment, climate change and coastal development, Universities & Boards, Mr. Ismail Rahoo and the Chinese Ambassador, Mr. Nong Rong . Media Personnel were also present at the event along with ZONG’s Senior management team. During the event awards were distributed to the staff members to honor their efforts to rebuild and restore Pakistan’s communication infrastructure. In the same spirit of giving back, the company also presented the government of Sindh with a cheque worth 10 million to help in flood relief efforts. A special video detailing the efforts of ZONG 4G’s flood relief efforts was also shown to the audience.

Zong 4G is going above and beyond in order to help and aid the flood victims across the country. As a socially responsible company, Zong 4G understands the needs of the affected and knows that it’s a long journey ahead of us in helping everyone return to their normal lives. We are committed to ensuring, that through partnerships we deliver to the communities and we will continue our efforts in ensuring that Zong 4G unites and connects Pakistan during these challenging times. Zong 4G stands by Pakistan.